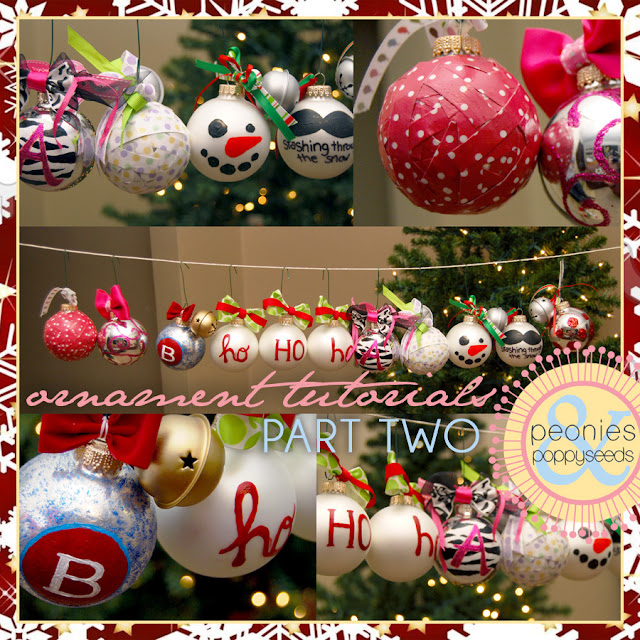 The cool thing about borrowing ornament ideas from pinterest is that you don't have to actually come up with any ideas on your own.  (And this is where you think, "duh?")  So basically today's tutorials are my versions of some ideas that I totally mooched from someone else.

Part 2: Slap Some Paint on that Ornament 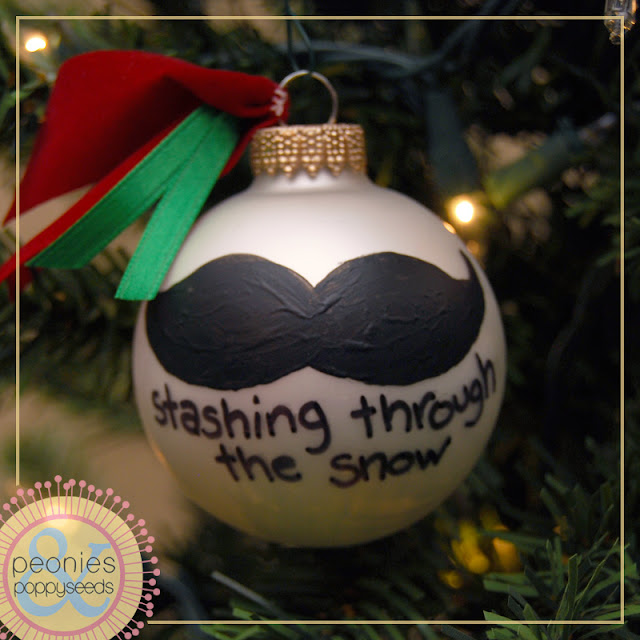 No tree would be complete without a mustache*, right?  I'm not sure how other people have made their 'stache ornaments, but this is how I made mine:

First, I drew half of a mustache on a piece of paper and cut it out.  Then I laid the paper on my ornament and lightly traced around the paper with a pencil. 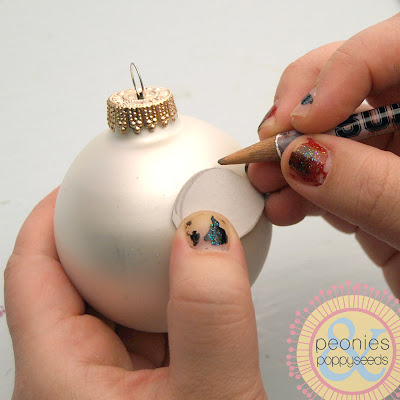 Then, I flipped the paper over, and lined it up so that I could trace the other side of the mustache and it would be even and symmetrical on the ornament. 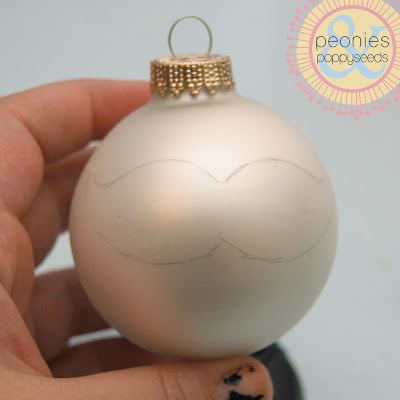 I also penciled in the words so that I could make sure they were centered-ish  (that's when I realized that I kind of stink at centering words on ornaments).

Then I filled in my mustache outline with black paint.  And once that was dry I took a black sharpie marker and traced over my penciled in words.  (I also attempted to paint the words on one of my mustache ornaments, but I found the sharpie to be SO much easier.) 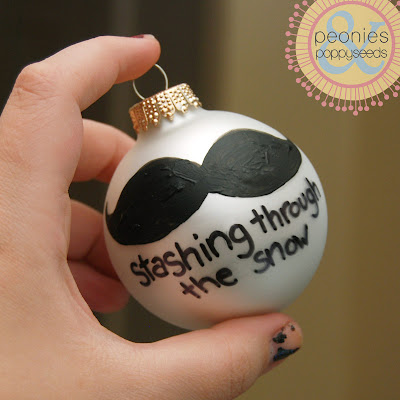 Then I added a little bit of velvet-y ribbon to the top (which is totally optional, because you might want to keep your mustache ornament manly and naked), and moved on to my next ornament - the snowman. 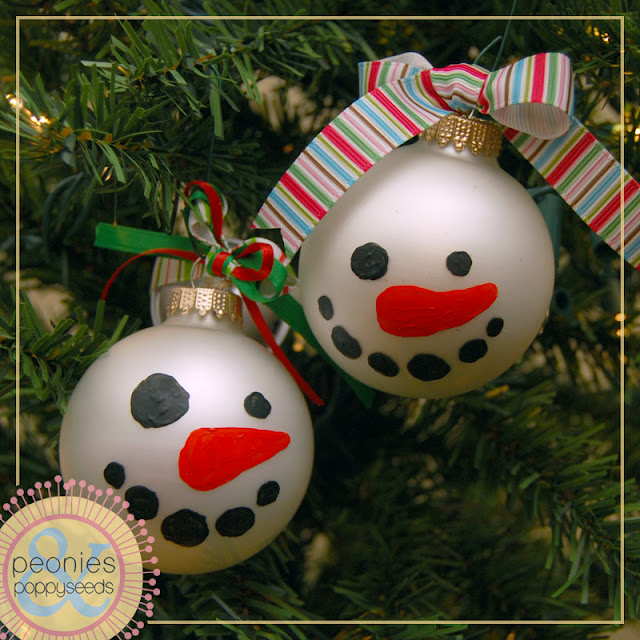 Painting these were pretty similar to the mustache ornaments, except that these were much more fool proof.

First, I lightly drew the snowman face on the ornament (might I suggest beginning with the nose, then adding the eyes and mouth after - it helps get things centered and even and...stuff). 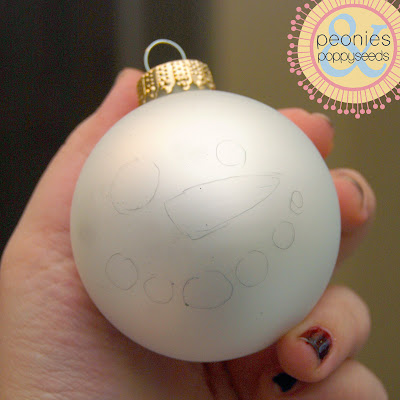 Then I just painted in the shapes with paint.  It was a piece of cake, really.  Because if the shapes are a little wonky it doesn't even matter, because coal and carrots just happen to be wonky shaped in real life. 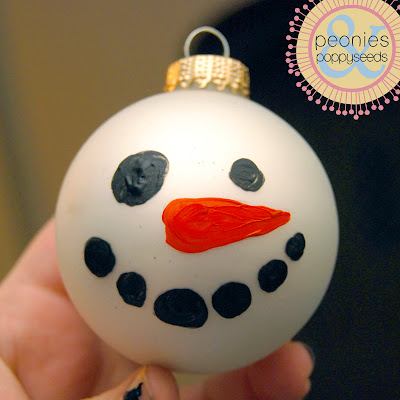 Make sure to come back tomorrow for part 3 of the ornament tutorials!