We've missed a few weeks of our little preschool, but I don't sweat it too much.  We have plenty of opportunities to do little things throughout the day that aren't exactly "in the curriculum" but involve numbers and letters and colors and stuff anyway.  So it's all just dandy.

This week we're going to be talking about the letter D:

• We'll be watching the Storybots letter D video, and also this other semi-cute video on youtube that has some kid drawing animals that start with D.

• Then we're coloring this letter D worksheet, and this D is for Dragon coloring page (except that we had to draw eyelashes on the dragon before we could color it because apparently it just wasn't girly enough). 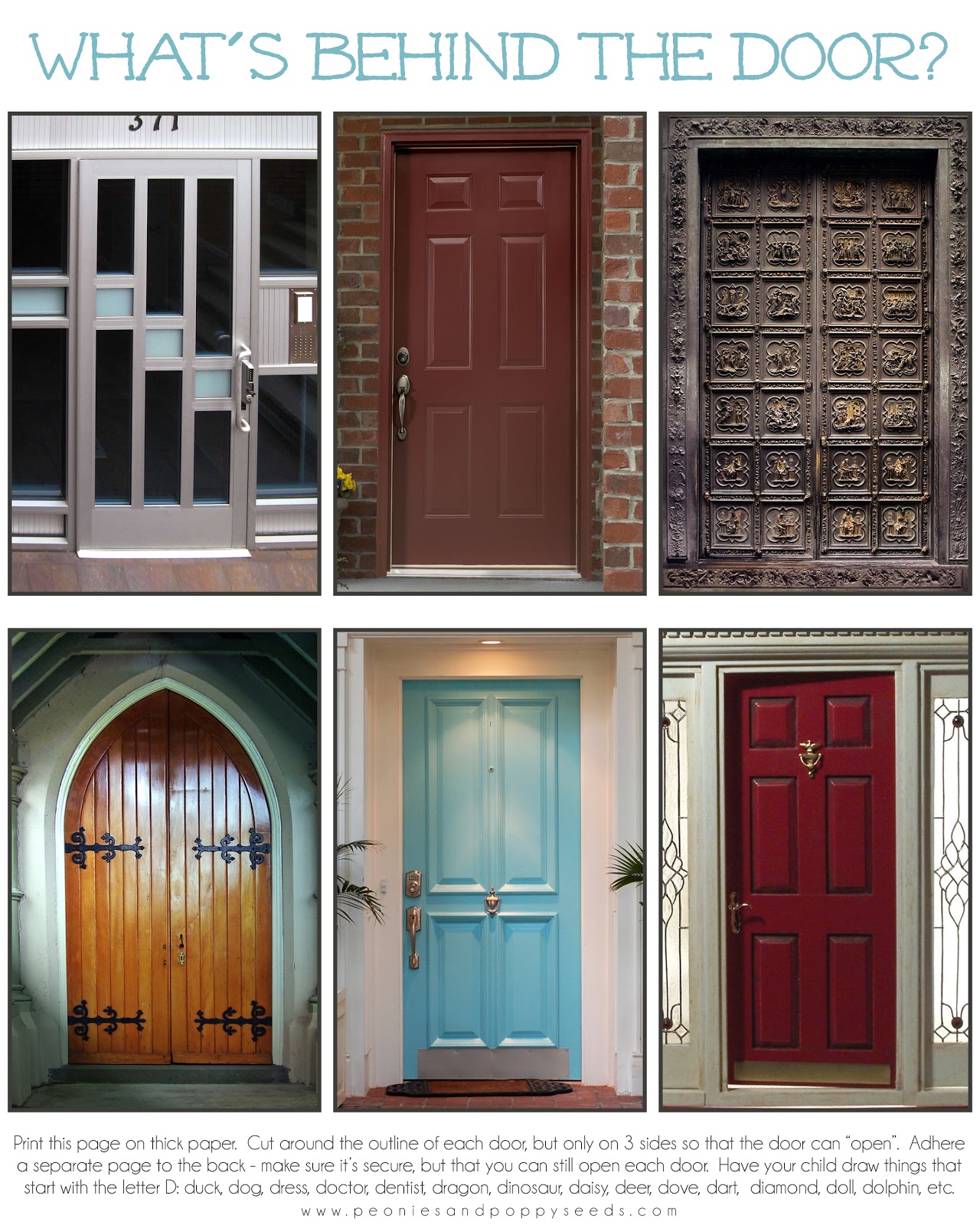 • And then we're going to be doing this door activity sheet.  (Just click on the picture, then when it's all huge and stuff right click and either save or print.)  You need to print the door sheet on thick paper and then cut around 3 sides of each door so that the door can "open".  Then adhere a separate paper to the backside so that it's on there really well, but you still want those doors to open.  Then have your child draw something different behind each door, just make sure the things start with the letter D.  (The sheet has suggestions if you need help coming up with D things.)

And that's pretty much all we'll be doing, officially school-wise speaking anyway.  Because we have other stuff to do, like finding all the Christmas decorations that are still semi-packed away in random places from our last move.